While it’s true that Hillary Clinton, if she had any love for our country, would take herself off the ticket to avoid the turmoil her potential election would bring about, no one, and I mean, NO ONE expects she will do that. Democrats are more than willing to pretend that her actions are just misunderstood.  Hah!  Nixon has been pilloried for years as a corrupt President, yet he resigned when Republicans told him he had to.  It’s a shame that there are NO Democrats who will admit Hillary is corrupt and tell her to resign!

After all, her history has been tarnished with a complete disregard for honesty and integrity as well as a multitude of scandals which never deterred her or Bill from forging ahead with their own, self-serving interests.  They have used the power of office and political connections to remedy situations and problems which others would be imprisoned for.  Everyone who follows the news knows about her scandalous behaviour….yet, Democrats refuse to disavow her because it serves their interests to keep her in power.

This election has exposed more of the subterfuge and double-dealing in Washington than any other election in our memory.  There are too many willing to excuse Hillary’s illegalities because it is easier to ignore them.  Or, they complain that the issues are too complicated.  Or, they pretend that the charges are part of a conspiracy. Or, more often than not, they enjoy the future leverage if they let her get away with those crimes.

It reminds me of the story in Don Quijote about the blind man who eats more of the grapes than he and his servant boy agreed to.  Upon seeing this, the boy eats more, too.  When the grapes are gone, the blind man accuses the boy of taking more than his share.  The boy is surprised and asks how the blind man knew the boy was “double-dipping”.

The blind man says, “Because, you did NOT complain when I took more than MY share”.

Democrats don’t care if Hillary takes more than her “fair” share so long as they can continue to aggrandize or enrich themselves, too.   And, that’s why she will never be asked to step down.

Hillary Clinton, Barack Obama, Loretta Lynch……..and, the list goes on and on.

In this PC world, you couldn’t call them “thieves” because, it might hurt their feelings!  The PC crowd has their Crown Prince in  President Obama who has infamously declared, felons are no longer felons and illegal aliens are no longer to be dubbed “illegal”.

Still, what do you call someone who is stealing your right to bear arms?  What label do you put on someone who wants to steal your income and future well being through the euphemism of “fair” taxation?  What category would you place our Justice system when the Powers-that-be , i.e., Lynch, Clinton, and Obama, are conspiring to prevent an honest assessment of Hillary Clinton’s criminal acts?

Any one of us would already be handcuffed and awaiting trial if we had done what Hillary did with her private email server.  And, that doesn’t even hold Hillary accountable for a myriad of other dubious, if not criminal, situations — remember Whitewater, Vincent Foster’s ignominious death, the stealing of the White House silverware, enabling a sexual pervert (oh, yes, Bill is a pervert and deserved to be jailed for his perversions), libeling the women who accused Bill Clinton…………the list goes on and on.  And, these are just the horrible things we know about!

So, how can anyone so “morally challenged”, to state it in the most PC terms available, continue to NOT be accused in any of these crimes?

It’s all part and parcel of the Establishment’s “honor among thieves”.

Hillary continues on her path to the Presidency because it serves the interests of those already in power.  They are a clique that doesn’t care what their fellow members do or say because that maintains the “cabal’s” power over the rest of us.

Years ago, my mother-in-law taught me this lesson when we were discussing how someone we knew did not require a contract when beginning a business with a friend.  It turned out to be a disastrous ending to the business, and friendship;  but, how, I wondered, was that person so stupid as to not require a contract?

Because, she said, if you are an honorable person, you expect everyone else to be honorable!

The corollary to her statement is that, if you are a dishonorable person, you expect others to be dishonorable!

This is especially true in politics where even a rogue politician is supported by his party until they absolutely have to cut him loose.  Republicans tend to throw bad members out as soon as the bad behaviour is discovered.  Democrats try to convene the “herd” around the member who is being challenged.  Democrats will protect even the worst Democrat just to provide party unity.  Forget that this hurts the American public.  Forget that it is illegal to give aid to a crime.  Forget that Hillary is one of the worst offenders.

She will probably never have to answer for all her corrupt behaviour.  Why?  Because she has two of the most powerful people in the world “at her back”. 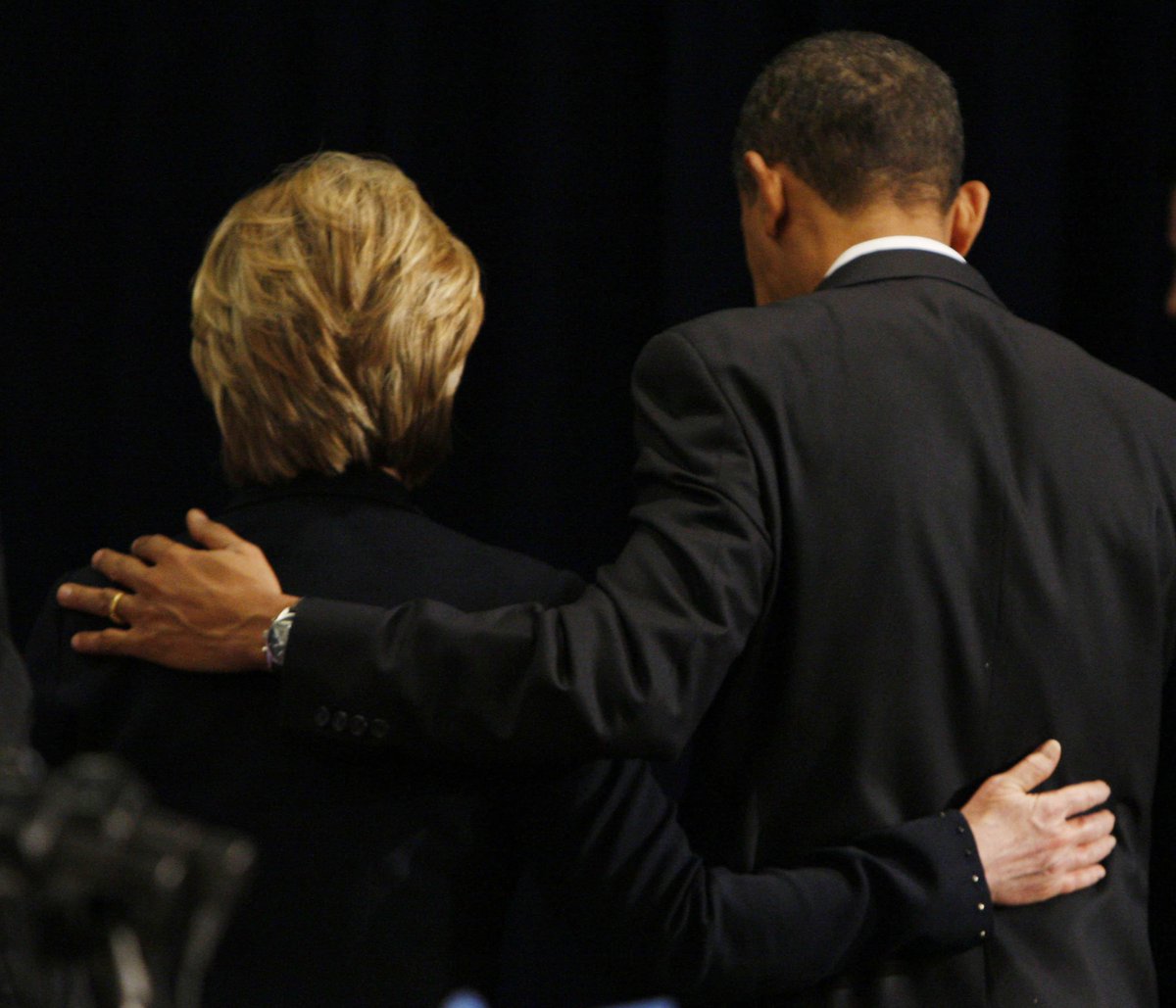