On a trip this week, I had to listen to some “kid” expound on how much he hated Governor Palin. He used every single insult and slur that the Obama camp has provided, courtesy of the media. If there had been a chance, I would gladly have explained why Senator McCain and Governor Palin are the best choice, but he was not ready to listen, only rant and rave. His ignorance is a direct result of the media letting Democrats trash any and every conservative thought, person, or issue.

Since Governor Palin is obviously MORE qualified than Senator Obama, it befuddles me that the media lets the Lieberals (spelling intentional) continue to throw out nasty comments without any challenges. How can the head honchos allow this constant, repetitious, and nauseating bias to continue? I don’t understand it.

Nor did I understand the venom of this kid. I support Senator McCain and Governor Palin, but I do not hate the Democrats. He absolutely hates Republicans. It is unfortunate that he couldn’t see the hypocrisy of his stance because he kept ridiculing Governor Palin’s executive experience and yet he had no problem with Senator Obama’s complete lack of ANY experience, other than raising money!

That’s being a complete LIEberal!

I think Bush’s sun machine is to blame.

He’s at it again — throwing slurs and insults out left and right…………well, only to the right.

What kind of man is he to disparage others, grouping them into “racists” and then “rednecks”,  just because they don’t agree with him?

Here’s more proof that Murtha is the intolerant person.

So, where’s the surprise in Colin Powell endorsing the Democratic nominee?  Both are black men and the media routinely gloats that 95% of black Americans will vote for the black candidate.  No one questions if it is okay for black people to unanimously vote for black candidates, but any white who is for Senator McCain is routinely villified for his “racism” !!!!

Only in America would it be politically correct for almost 100% of an ethnic group to vote, based on their candidate being “one of them”, and no one asks about racism on their part!

Nowadays, unless you agree to vote for the Democratic nominee, you are considered racist.  Forget the fact that you like Senator McCain and Governor Palin for their personal standards of morality, their views on Iraq, or their views about protecting all Life.

Under the guise of political correctness, a new standard of racism has appeared and it is directly linked to the black community.  The liberal elite promote the notion that only whites can be racists, but that is absolutely not true.  In fact, anyone who accepts that “all” blacks will vote for Obama BECAUSE HE IS HALF BLACK is condoning such racism   Any honest person knows that there is virtually NO candidate who will garner 95%, or more, of a single constituency.  Yet, even the liberal media admits that blacks are expected to vote for Senator Obama almost exclusively.  And, almost every African American questioned  will deny that they are voting for the Democrat because he is half- black.   Oh, no.  The black community is in complete agreement with the issues presented by Senator Obama.

Well, that hypocricy was completely exposed by a simple series of interviews conducted by a radio station in Harlem.  When the station presented Senator McCain’s stance on issues, but pretended that these were Obama’s beliefs, the people questioned said they were quite happy with the issue!  So much for voting for the Democratic nominee because of his views!

Here is the proof, if you care to listen:

Remember when the Democrats were incensed that a Florida Republican representative might have sent inappropriate emails to an intern?  The Republicans convinced the representative to resign almost immediately.

Be sure to read the last part of this article to see what lengths the Democrats will go to elect a fellow Democrat!  How immoral is the Democratic party?

West Palm Beach Congressman Tim Mahoney (D-FL), whose predecessor resigned in the wake of a sex scandal, agreed to a $121,000 payment to a former mistress who worked on his staff and was threatening to sue him, according to current and former members of his staff who have been briefed on the settlement, which involved Mahoney and his campaign committee. 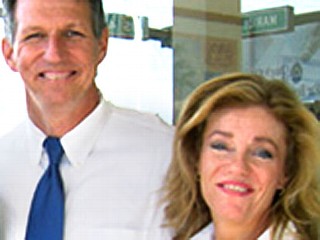 The affair between Congressman Tim Mahoney and Patricia Allen began, according to current and former staffers, in 2006 when Mahoney was campaigning for Congress against Foley, promising “a world that is safer, more moral.”

Mahoney, who is married, also promised the woman, Patricia Allen, a $50,000 a year job for two years at the agency that handles his campaign advertising, the staffers said.

A Mahoney spokesperson would not answer questions about the alleged affair or the settlement, but said Allen resigned of her own accord and “has not received any special payment from campaign funds.”

Senior Democratic leaders in the House of Representatives, including Rep. Rahm Emanuel (D-IL), the chair of the Democratic Caucus, have been working with Mahoney to keep the matter from hurting his re-election campaign, the Mahoney staffers said.

That’s nice.  What’s the point of working hard, when Mr. Obama will just give me a little check. But, of course we won’t hear anything about this from any of the other news stations.

Are you surprised? I’m not.

So long as politicians are allowed to stay in office and increase their personal value — financial, emotional, or influence — , we can expect our tax dollars to be spent for what is good for the politicians and not for America!  Our budget problems are not related to a single position or office, but to a system that promotes people into positions of extreme power and influence. Most of this power and influence is bought and paid for with our tax dollars through ear marks. Even the new $700B bill which the Senate passed has pet projects — wooden arrow, Hollywood producers, rum producers in Puerto Rico. What is going on out there?

When people like Barney Franks and Pelosi are re-elected over and over, they are like a snowball rolling downhill, they gain size and power. Eventually, they develop an avalanche of people whom they owe favors to. Their favorite method of payment for these favors is to make promises with our tax dollars!

We could stop some of this graft by insisting on term limits for EVERY elected office. When every representative is truly “equal” to the others, more of them will vote for what is right for the country and not their personal pocketbook.